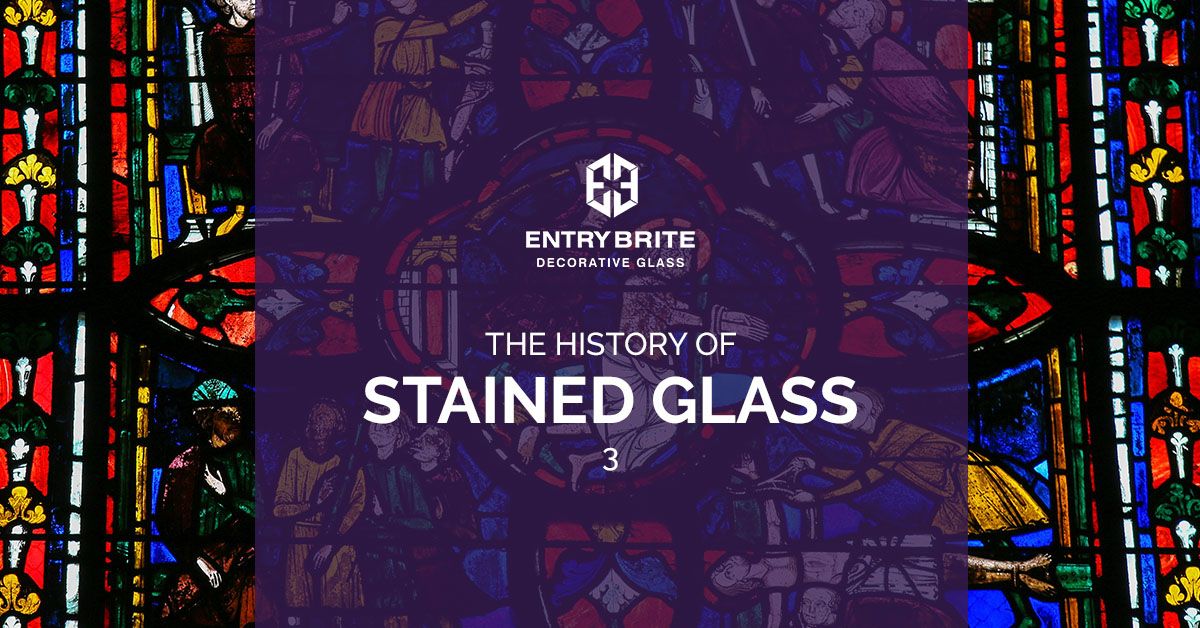 THE HISTORY OF STAINED GLASS, PT. 3

Welcome to the third installment of our blog series on the history of stained glass. While this art form is seemingly constant in its appearance and manufacture, the reality is that it has undergone many changes and refinements in its more than 4,000-year-old history. Entry Brite of Las Vegas is one of many who have done their part to shift and expand this gorgeous practice. In offering our amazing stained glass front doors, we are continually inspired by the works of the great masters long past.

The Renaissance was a period of expansion in the literal and figurative sense. During this period that spanned from the early 1300s to the late 1600s, the world changed dramatically. Ancient Greek and Roman texts were rediscovered and brought about new ways of thinking about science. The New World was discovered by explorers in 1492, and with its discovery came new questions about the world and its formation. Naturally, these changes in thought changed the way that art was created.

In addition to being a period of expanding insight and learning, the Renaissance was a period of expanding wealth. Unlike the Medieval era, where only the Church could afford to pay for and commission art, individuals and wealthy families could afford to pay artists for their work. This meant that stained glass could now find its way into homes and gathering spaces, like town halls and market buildings. While for the most part, stained glass still featured religious iconography, more secular imagery began to appear.

Stained glass in the Renaissance began to refine concepts and practices first pioneered by Gothic glass artists. While Gothic glass used painted details, it primarily used many pieces of colored glass to make up many of the details of the artwork. The Renaissance style of stained glass emphasized the quality of glass plates used in the artwork, and also encouraged artists to use painting extensively on the glass.

This was part of a larger move toward realism in art. Rather than relying on shaped pieces of glass that resembled natural forms, Renaissance stained glass artists just painted these natural forms directly on the glass using paints laced with silver. The use of paint allowed artisans to have stained glass pieces that used more, brighter, and bolder colors than their Gothic counterparts. The use of this larger palette of paints and colors allowed artists to add dimension and form to the figures in the glass, making the images far more realistic.

One of the reasons that artists changed how the worked with stained glass was because of innovations in practices, tools, and technology. It was not uncommon to find one stained glass shop being established near a cathedral and then owned and operated for several generations. This allowed groups of artists to work in the same area, and ship their private pieces across Europe, while still receiving a steady income from the nearby cathedral.

During this period, artisans began using different types of glass and paint. Rather than relying on acid to etch the glass and allow for coloring to be added, artists used abraders and silver stain, as well as colored enamels. To cut more precise pieces, they began using diamond cutters. Not only did this allow for more carefully cut pieces of glass, it also allowed for larger panes of glass to be used since there were no cracks left in the glass. Finally, the lead that was used to keep the pieces together became thinner and stronger, making the lead lines a lesser part of the pieces overall design.

THE DECLINE OF AN ART FORM

As artists began to perfect the stained glass art form, it also began to fall out of favor. Long associated with the Catholic church, as countries grew more secular, they began to abandon their stained glass artists, favoring other forms of decoration for public spaces. This, however, did not mean the death of the practice. In our final installment, Entry Brite will look at the stained glass industry here in the United States. In the meantime, browse through the services we offer that can completely change the appearance of your home in Las Vegas.