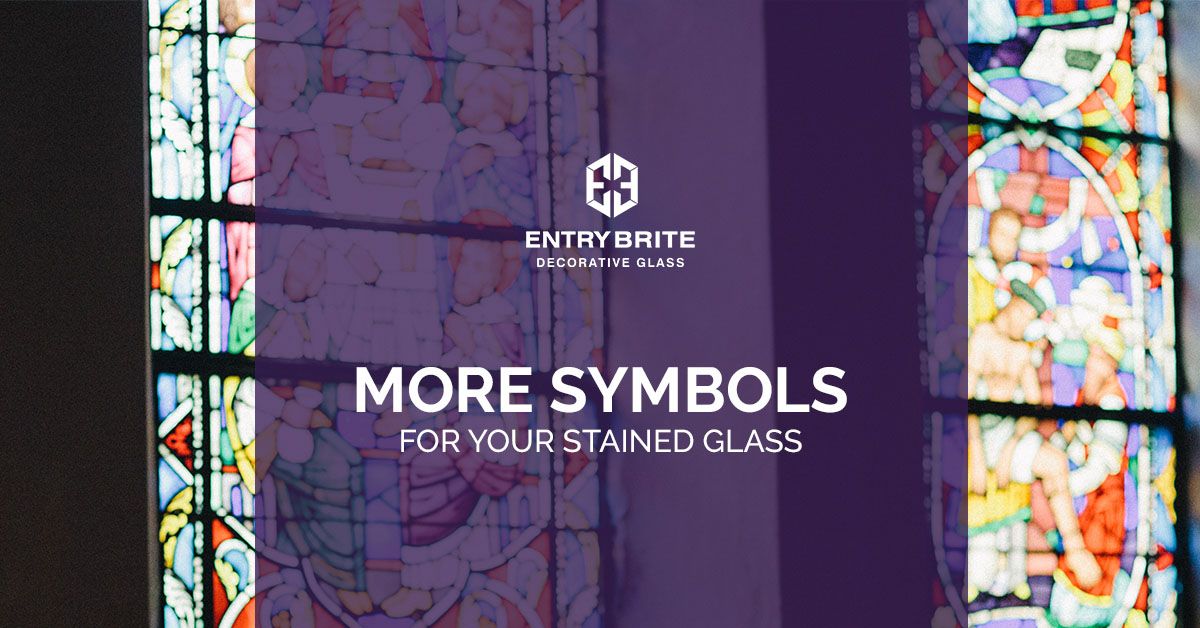 MORE SYMBOLS FOR YOUR STAINED GLASS

Unlike plain glass windows, your stained glass does more than just reflect light. They reflect the values you hold dear and the symbols that have great meaning to you. In our last blog, we outlined a few symbols that are found in modern stained glass pieces, and what they mean. To follow up, we’ll explain a few more common symbols so you can find inspiration in what to include in your custom windows from the stained glass artisans at Entry Brite in Phoenix! Since Phoenix is in the desert, we’ll focus on symbols that you might see in and around your home already.

The horse is an icon of the American West for many reasons, not least because of what it represents. Wild horses once roamed free across the desert, traveling with impunity across the Americas. In the United States, and in cultures across the world, the horse is a symbol of freedom and strength. They are a symbol of freedom because they allowed people to travel to far-flung corners of the country. They represent power because, for many Native American tribes, horses were not only a form of currency but also a source of military might. Today, the horse is a symbol of an untamable spirit or someone who lives their life to the fullest.

While many of us naturally associate the eagle with the United States, the eagle has held symbolic significance for Native Americans for centuries. While that meaning may have changed between groups, generally, the eagle was thought to symbolize the values of strength, courage, and wisdom. Eagles were often viewed as the messengers of the Creator because these birds flew higher than all others. In the United States, the eagle shares these same values, as well as symbolizing justice, virtue, and righteousness.

An omnipresent part of the Las Vegas experience, the sun has held a variety of meanings over the course of human history. Because it rises and sets every day without fail, and because it spends more or less time in the sky based on the time of year, for many peoples and cultures, the sun represents the life cycle. The sun is also seen as a symbol of strength, openness, warmth, and welcoming. Nearly every culture has a symbol and meaning of the sun, and it is depicted in many ways, including circles with rays, crosses, or spirals emanating off of it.

Often associated with the Christian faith, the cross was used by a variety of cultures and has different meanings. In particular, Native American groups all interpreted the symbol of the cross in different ways. For some, it meant the crossing of paths, whether that be of people, ideas, or events. For others, a cross placed in a circle meant the changing of the seasons, with each quarter of the circle representing a different season. The Hopi viewed the cross as representative of the four cardinal directions, as well as the Sacred Four, or the four primary forces of air, fire, water, and earth.

In Native American traditions, the lightning bolt is associated with the values of honesty, truth, and morality. It is often used to convey a sense of awakening or enlightenment, or when someone has received a sense of divine truth. Similarly, lightning bolts were said to strike those who spread falsehoods or held ignorant beliefs.

The American West is rife with symbols and meanings, any of which could make their way onto your custom stained glass window. If you’re looking for inspiration, you can take a quick drive out to the desert or view our gallery. Then, contact us and arrange for a consultation with one of our designers. Call Entry Brite of Phoenix now!